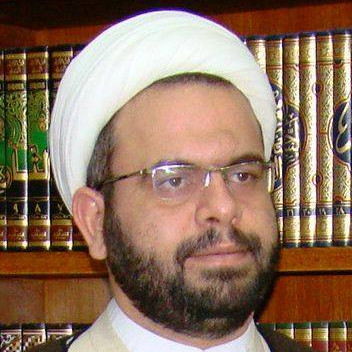 Jihad Ali Hadi Al-asadi, instructor in holy Najaf seminary, Iraq.
He was born in 1980, he has a BA: Arabic language/Faculty of art/ University of Kufa, Iraq (2004). He finished a professional course of Islamic philosophy in 2012.

Now he is studying at advance level in Najaf’s seminary, (bahth kharig). Since he joined seminary -eighteen years ago- he worked to spreading a culture of peace and tolerance among his community toward different religious groups and ethnicities. and he participated in many workshops and meeting about that.

He interested with deepening his abilities in peacebuilding and interreligious dialogue field. He has many pieces of research: “Women in Islamic family: rights and duties”, “The chosen persons in holy Quran (al-estifa’a”. ” Religious pluralism”. ” The Religious Situation in Iraq: Challenges and Addresses”. ” Imam Hussein Movement: Peaceful or Revolutionary Movement .”
He believes that people are two types: either your counterpart in humanity or your religious brother.

A workshop on reduction prejudice was held on July 17-18 at Al-khoei Institute (10) hours of activities.I
used the Instructor-led training as a method to learn the participants. attended by 15 people, all-male,
ranging from a university professor, civic activist, religious leader, university students, directors of archaeological departments.
The main topics which covered :
1) definition of prejudice, stereotype, discrimination.
2)The socio-psychology theories that explain prejudice.
3) the effects of prejudice.
4) types of prejudice.
5) the Islamic position of prejudice.
6) the main tools and strategies to reduce prejudice.

There were practical activities, as well as different views on the subject, the atmosphere was full of mutual
respect and freedom of expression, as pointed out by the participants in the evaluation form.
I used the Instructor-led training as a method to learn the participants