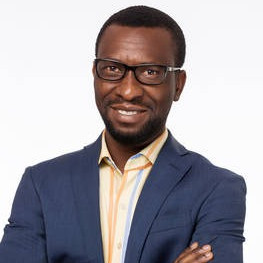 Johnson is currently in the final leg of his doctoral studies in interfaith and interreligious dialogue at the University of Wales Trinity Saint David in the United Kingdom. He obtained a master’s degree in Christian ministry and leadership at the University of Roehampton in London and a bachelor’s degree in religious studies from the Kwame Nkrumah University of Science and Technology in Ghana. He received the Commonwealth Shared Scholarship and the Harmony Doctoral Scholarship to study for his master’s and doctoral degrees respectively.

Johnson’s current research project examines the role of memory and the healing of past wounds in interreligious dialogue with a specific focus on African Christian and Muslim migrants who prior to their arrival in the United Kingdom may have been victims of interreligious conflicts or have been affected by them. Johnson believes that people’s past experiences and painful memories play a major role in their attitude towards interreligious dialogue and coexistence. He currently works closely with prominent Christians and Muslims groups in the UK to address issues related to community development, crime and violence, interfaith relations as well as unity and peaceful coexistence in the United Kingdom. Johnson organizes conferences and workshops that bring leaders of faith communities together to engage around these issues critically.

Your Voice for A Noble Cause: Knife crime and Youth Violence in marginalised communities in London.

Our initiative examines the role of the religious community, Christian, Muslim and Ahmadiyya in addressing the issue of youth violence and knife crimes within minority communities in London. It brings individuals of African, Asian and European descents; religious leaders (lay and ordained) from the three major religious traditions, civil service personnel, academics and researchers, politicians, perpetrators and victim of knife crimes in a roundtable on the issue as it affects the individuals and community. The event was scheduled into three segments: Section One – ‘Eliciting Experience’ focus on hearing from earlier researchers, victims and perpetrators and of knife crime on the issue. Section Two – ‘Problem Diagnosis’ sought to focus on what are the causes of knife crime and violence among the youths in London? and Section Three – elicit perspectives on what might be done going forward to address the problem. There were positive and very encouraging outcomes, some of which has been outlined in another section of this form.