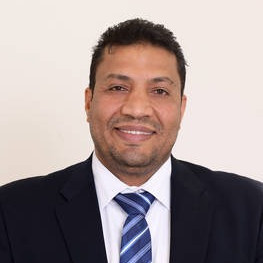 Member of Al-Azhar Center for Dialogue

A Practical Guide of Interfaith Dialogue: The Experience of Religious Leaders in Egypt

The project is an editorial book that will include a group of researchers that will deal with the experience of the religious leaders of Egypt and their engagement in Dialogue. The researchers will focus on the Muslim- Christian Dialogue, in particular, its necessity, history, levels, obstacles, realistic expectations and future prospects. The researchers may treat the topic of the lack of dialogue between Muslims and Jews and the causes of its absence in the Egyptian context. It will also be a documentation of the Dialogue initiatives between Al-Azhar and other Christian Religious institutions; the Vatican, the World Council of Churches and the Anglican Communion. Some of the researchers will be extended to treat issues of including the youth, women and young scholars in official dialogue. The studies will be a record of the practical experience of the religious scholars through their different participation in interfaith dialogue, their insight, and their recommendations. The aim of the book is to provide the facilitators and those who normally engage in dialogue with a practical guide to help them build a strong relationship with their peers and achieve the transformation they are looking for.