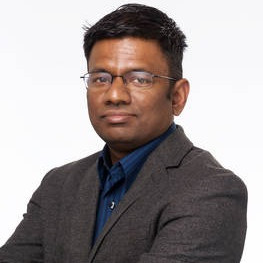 Kannanathan Rajganna is an international relations scholar with specialisation in international human rights law and geopolitics. He’s also an independent consultant of geopolitics with a special focus on the Indo-Pacific region. He worked in the UN Human Rights High Commission in Geneva as an intern during his post-graduate studies in Geneva. In Switzerland and the UK, he has associated with various local and international NGOs in the area of conflict transformation, human rights advocacy and research.

He holds a master’s degree in international relations from the Geneva School of Diplomacy and International Relations and a certificate of advanced studies in conflict mediation in intercultural and religious context from Bern University of Applied Sciences. He also studied specialised programs together with UN Peace University and Geneva School of Diplomacy in Nuclear Disarmament and Arms Control.

He has currently engaged with the Hindu association Saivanerikoodam and the House of Religions in Bern, Switzerland in promoting and facilitating the interreligious understanding and conflict mediation particularly both in peace and conflict situations.

His motto is: “promoting inclusive consciousness and peaceful resolution of conflicts”.

IRD and Youth Empowerment; Stereotypes, Prejudices and IRD in Switzerland

This interactive workshop on youth empowerment and IRD in Switzerland focused on exploring existing prejudices, stereotypes and religious misconceptions among the youth in Switzerland. It further dealt with conditioning and identity formation in the human mind. 19 Participants came from different diverse Backgrounds. They represented Christianity, Islam, and Hindu religions and agnostic. They speak German, French, Tamil and English languages. However, they are all from an educational background. For example, from University or College level. The initiative has three different phases and the final Workshop was held on November 16th, 2019. Participants were selected based on criteria. In the final Workshop, they shared their personal experiences in the community, schools, and university they study. They also examined their own identity and conditioning through “circles of my multicultural self” activity. They together further explored the opportunities for an inter-religious dialogue space to deal with stereotypes and prejudices in Switzerland. As an important output, a decision for another initiative to establish a think tank called the Geneva Centre for Strategic Dialogue has been made. Now the preliminary stages of this think tank formation have been completed and will be officially registered in Geneva in February 2020.