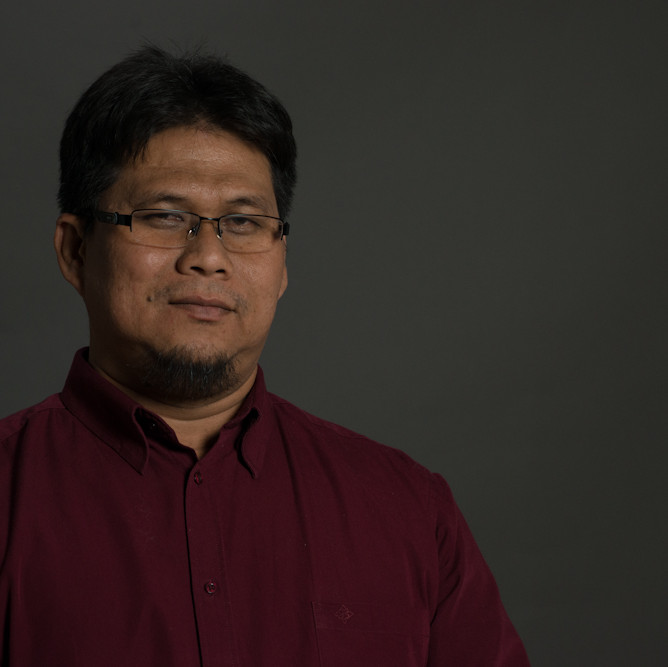 Kriya Langputeh was born on 19 March 1971 in Satun Province, Southern Thailand. He is from a native Malay speaking ethnic group with the majority of the group living in the current three border provinces. As a Thai national, he went to Thai public school where the language of instruction was Thai while he attended a Malay language-based Islamic religious school in the evening and during public holidays. He obtained his first degree in Islamic Revealed Knowledge and Human Sciences from the International Islamic University Malaysia (IIUM Malaysia). He also obtained a Master’s Degree in Comparative Religions from Mahidol University in Bangkok in 2000. He currently lives in his hometown and has worked for the Yala Islamic University since 1999. He is also currently working on his PhD research at the University of Brunei Darussalam, funded by the Brunei Sultan Scholarship. His dissertation is titled Interreligious Dialogue: Approaches for Peacebuilding. He is also an active participant in lectures, conferences and seminars, especially in the field of Peace and Conflict Management.

The continued tension and violence in the southern Thai border provinces have complex and inter-related causes including historical, economic, political, and cultural ones, and have resulted in the loss of over almost ten thousand lives from 2004 to January 2015 which cause further compounded by factors such as corruption, illegal trade, conflict between villagers and local officials, and mistrust between the Muslim population and security officers.
In order to address the misuse of religion and the accusation to use religion as the cause of the conflict, then different religious communities and their leaders must come together due to the fact that Multi-religious efforts can be more powerful – both symbolically and substantively – than the efforts of individual religious groups acting alone. The cooperation among different religious communities for peace can transform discord into collaboration, harness commitments towards common goals and common action, develop partnerships with civil society and public sector, and create a greater voice and impact.
Therefore, the Interreligious Council of Thailand for peace was established in May 2009 due to the greater demand to use the religious teaching to solve the ongoing conflict in southern Thailand. The Interreligious Council of Thailand for peace have been involved in many conferences and seminars among the religious leaders in Thailand to work further on the Interreligious Dialogue. The Interreligious Council of Thailand for peace is trying to promote the Interreligious Dialogue among the followers of the religions for peace in the society and also is trying to promote the Interreligious Dialogue approach to the educational institution and universities as well.
The project will be implemented this time at Fatoni University by bringing the religious leaders together for a one-day seminar to the student who are taking the General Education course; Islam and the way of life so that the students will fully aware of the important of Interreligious Dialogue for the promotion of peace in the Islamic perspective