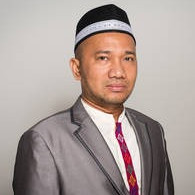 Apart from directing an educational and research institute advocating peace and development in Bangsamoro Autonomous Region in the Philippines, he has been writing, lecturing and facilitating dialogues in international, national and local academic venues and universities on interreligious, intrareligious, and intercultural dialogues. It is his personal conviction that dialoguing with members of other faiths and cultural traditions is an integral part of his Islamic faith.

In a multicultural and multi-religious country with a history of religious majority-minority violent conflict, promotion of the culture of dialogue – interreligious and intercultural dialogues, in particular – is indeed an effective peacebuilding measure. In the Philippines in which the Muslim minority in the southern part of the country has decades-long sovereignty-based conflict with the central government controlled by the Christian majority, Christian youth are relatively more capacitated in peacebuilding skills and knowledge compared to their Muslim counterparts. To address this need, the project is an interreligious and intercultural dialogues capacity-building training for Muslim university students.