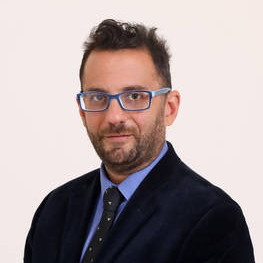 Rabbi Marcelo Bater is currently Rabbi of Dor Jadash Congregation in Buenos Aires, Argentina. Previously he was the Rabbi of Beth Israel Synagogue in Aruba and former Rabbi of Temple Beth Israel in Plantation, Florida, USA.

Rabbi Bater was ordained from the Latin American Rabbinical Seminary “Marshall T. Meyer” and studied his last year of the rabbinical studies at the Machon Schechter in Jerusalem.

Rabbi Bater strongly believes that encounters between different religions is the only way to build bridges of peace around the world, and that religious leaders are responsible for that. A multi- faith and global initiative will create the environment to bring spiritual harmony and stop hatred between brothers and sisters.

Rabbi Bater is very committed to interreligious dialogue in his community.

One of his favorite mottos is: ‘First, do what is necessary, then do what is possible and thirdly, do what is impossible’.

COEXIST – The Best World That We Can Create

Created a short film about the different religions and the importance of respect and coexistence among us. The idea was to film in different locations (synagogue, church, mosque) and to teach how we can live together in peace.