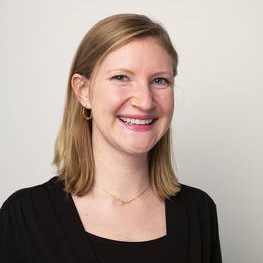 Melissa Nozell is the program officer for religion and inclusive societies at the U.S. Institute of Peace, where she conducts research and implements projects on religion and peacebuilding, including religious actor and youth engagement and on the role of religion in preventing and countering violent extremism. Prior to joining USIP in 2014, Melissa spent seven months in Amman, Jordan, volunteering with several organizations, including NuDay Syria and Mercy Corps to help Syrian refugees through humanitarian aid efforts and mediation. She has experience researching religious trends in the Middle East and the U.S. through the Jordanian Interfaith Coexistence Research Center, where she focused on Arab Christian-Muslim relations and faith-based diplomacy, and the Pluralism Project at Harvard University, where she drafted reports for the online edition of On Common Ground: World Religions in America. She also worked as an educator in Abu Dhabi. She is particularly interested in the implications of religious identity in pluralistic societies and the role of religious actors and factors in conflict-prevention and reconciliatory capacities. Melissa holds a bachelor’s degree in religion and South Asian studies from Colgate University and a Master of Theological Studies from Harvard University.

She is inspired by Surat al-Furqan (25:63): “And the servants of the Most Merciful are those who walk upon the earth easily, and when the ignorant address them [harshly], they say [words of] peace.”

Over the past couple decades, military chaplains have increasingly been put in positions where they are required not only to serve the spiritual and pastoral needs of soldiers within the military, but are also asked by their command to navigate the religious landscape of countries, communities, and contexts in which they are deployed. Yet, as formal and informal consultations with military chaplains, including religious affairs advisors at the Department of Defense, have shown, there is no standard or formal training to equip military chaplains to engage with people of faith outside of their own communities, traditions, and cultures. This IRD training for U.S. military chaplains seeks to fill that gap in military chaplains’ training and education, to help them to more comfortably understand, advise, and operate in international, interreligious settings, and to better advise their commanders of how to thoughtfully engage religious actors to prevent and mitigate violence. This half-day training will be a pilot program for chaplains in the U.S. military, from all branches and different religious traditions who are or will be deployed overseas.