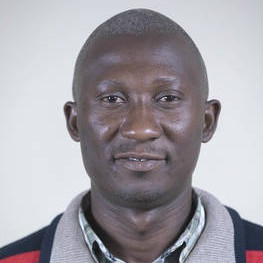 Muhamad Balonde Menya was trained as a flight operator at the East African Civil Aviation Academy, having pursued other fields such as human rights and religious studies with a focus on Islamic jurisprudence. While he was the guild president at the Academy, he formed  an interfaith student association which helped spread dialogue among his fellow aviators. Since then, he has worked with the Uganda Muslim Supreme Council on a UNICEF programme as a Program Officer for Learning in Madrasa Early Child Development Centres, supervising the Karamoja Subregion in Uganda.

PREVENTION OF HATE SPEECH AMONG PREACHERS

On the 4/12/2020,the 29 perticipants arrived in the evening and the 5/12/2020 the training on the topic of Prevention of Hate Speech Among Preachers began. we had several topics like, what is Interreligious dialogue, What is Hate Speech, The causes of Hate Speech and How to Prevent Hate Speech Among Preachers,we were three facilitators who handled the entire sessions for the whole day,the participants were picked from different faiths, different localities and different religious organizations, interestingly i had two participants who gave great testimonies on what they have experienced with hate speech