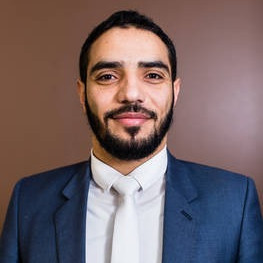 Mohammad Said Omar Nasro was born and grew up in Jordan. He has a bachelor’s degree in Sharia and Islamic jurisprudence from the International Islamic University. He has several certificates in training on human resources, human development, conflict resolution, and media, from American, Canadian, German and Jordanian institutions.

Since 2009, he is the head of the public relations and media sections in the Awqaf Directorate of Amman, as well as an imam and a trainer for imams. In addition, he is the producer and presenter of several television programmes. Nasro believes in dialogue, because for him it is a platform to achieve peace, to gain knowledge, to make new connections, to learn about others and respect them.

This initiative will add Islamic evidence and resources to the KAICIID Dialogue Handbook (A Guide by Prof. Abu Nemer “Models of Peace Building and Interfaith Dialogue”)
The problem: The problem in Jordan is not in the Islamic-Christian dialogue, but in the Islamic-Islamic among the sects. Since it is difficult for some Islamic clerics to accept ideas about dialogue, because these ideas have no legitimate evidences and especially that they are productions of global/international organization, so it is important to support this handbook by Islamic references for Imams and preachers.