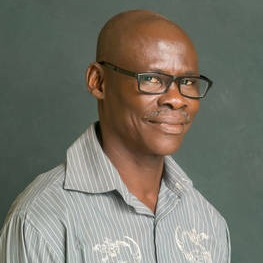 Mokonzi Ga Iwoyo holds a master’s degree in project management and a maitrise in ancient history. He is currently working as an administrative counselor, while teaching management, ethics, citizenship and leadership.

He is a member of the Association des Cadres Musulmans de Centreafrique (Association of Muslim Executives of Central Africa), a non-profit organization, where he previously taught literature and oversaw school enrolment. In addition, he is the rapporteur of the Education Committee. Mokonzi believes that education is a vector for social and cultural cohesion, teaching children to accept differences and be tolerant as future leaders.

In February 2016, he participated in the Intra-Muslim Dialogue in Vienna.

He identifies with the ethos enshrined in Martin Luther King’s ‘’I have a dream” speech – a hymn of solidarity and hope for a better understanding between all communities.

The community outreach project began after the crisis in CAR and it aims to carry out awareness and exchange information campaigns to allow a rapprochement of points of view as well as an understanding of a number of problems that can be solved peacefully without violence.

Justification: This project is justified by the lack of the culture of dialogue, the culture of tolerance that characterizes Central African’s in a general: how to accept each other with their culture, religion, color, and difference?

Context: The Central African crisis is not fortuitous, it was the result of a series of facts and thoughts of realities. The context here takes into account the negative communication, which some have maintained towards others for several decades.
– Why index a community instead of an individual?
– Does the prosperity of some impede the development of others?
– Can the presence of a small group hinder the growth of an entire population?

The instrumentalization of certain things and certain facts finally led to the crisis we experienced. Admittedly, it is the lack of an expanded framework of consultation with all components of communities and religions that should be beneficial for all.