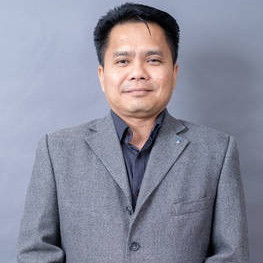 Dr. Munif Zarirruddin Fikri Nordin is an associate professor at the School of Languages, Civilization and Philosophy, at the University Utara, Malaysia. His areas of specialisation are religious discourse analysis, sociology of language and religion, and philosophy of language. He teaches a variety of courses at the foundational, undergraduate and postgraduate levels on Islamic culture and history; Asian cultures, languages, and thought; philosophy and linguistics. He also supervises masters’ and PhD students in these fields.

Dr. Munif conducted inter-religious dialogue research titled “Inter-Religious Discourse in Malaysia: Construction of Malaysian National Culture and Identity Model” that was funded by the Ministry of Higher Education Malaysia under Trans-Disciplinary Research Grant Scheme. He was a visiting fellow at the Oxford Centre for Islamic Studies (OXCIS), University of Oxford, from October 2012 until September 2013. At OXCIS, he took part in a research project titled: Methodology of ‘Ilm al-Tafsir and Critical Discourse Analysis: A Philosophy of Language Comparison. He believes that identifying the actual problem at the beginning with the goal of coming out with the right solution at the end is the most challenging thing in our daily life.