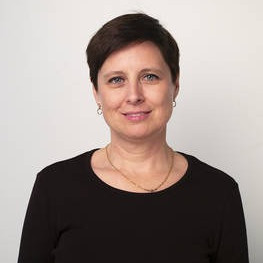 Nathalie Al-Zyoud is the Senior Mediator of Communities in Transition (CIT) where she currently works as CIT’s senior mediator. She has over 20 years of experience in the field of conflict management, both domestically and internationally, and mediates conflicts ranging from workplace, family and community disputes to inter-ethnic, interreligious and agro-pastoral conflicts.

Nathalie Al-Zyoud is fluent in English and in French.

Over the past couple decades, military chaplains have increasingly been put in positions where they are required not only to serve the spiritual and pastoral needs of soldiers within the military, but are also asked by their command to navigate the religious landscape of countries, communities, and contexts in which they are deployed. Yet, as formal and informal consultations with military chaplains, including religious affairs advisors at the Department of Defense, have shown, there is no standard or formal training to equip military chaplains to engage with people of faith outside of their own communities, traditions, and cultures. This IRD training for U.S. military chaplains seeks to fill that gap in military chaplains’ training and education, to help them to more comfortably understand, advise, and operate in international, interreligious settings, and to better advise their commanders of how to thoughtfully engage religious actors to prevent and mitigate violence. This half-day training will be a pilot program for chaplains in the U.S. military, from all branches and different religious traditions who are or will be deployed overseas.