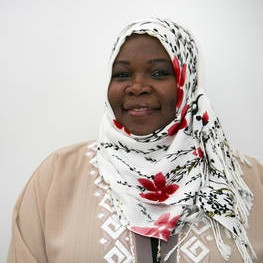 Nawal Ibrahim Alhawsawi a marriage and family therapist and mental health counsellor, has established a successful private practice, SoundHeart Institute for Mental Health Services and Training, and in addition, started the Adam Initiative, which promotes diversity and inclusion and addresses racism and all forms of discrimination, and SafeZone, a child welfare and advocacy group that supports family unity and combats domestic violence. A trainer of trainers, writer, public speaker, and activist, Nawal has presented lectures on topics such as cultural competence, combating radicalization and extremism and promoting mental health and wellness.

Born and raised in Mecca, Saudi Arabia, Nawal graduated from the Women’s College of Education at Umm Al-Qura University. Later she moved to US and completed a Master’s degree at the University of Akron and is currently working on a PhD in Clinical Psychology. She has been named one of Fortune’s Most Powerful Women, and the Top 100 Most Influential Saudi Women for the past two years. For more than 10 years Nawal has been a member of the interfaith groups “We Believe Ohio” and “Women of Faith.” Called ‘The Rosa Parks of Saudi Arabia,’ Nawal’s activism has been featured in the BBC, Independent, Wall Street Journal, New York Times and the Guardian, among many others in different languages. She loves spending time with her family, studying history, visiting museums, learning new languages and enjoying sunny days on the beach. Her motto is the famous Gandhi quote: “be the change you wish to see in the world.”