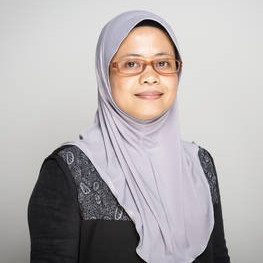 Nor Asiah Madale Adilao believes that each one of us has been shaped by our unique culture and we can only appreciate the richness of the cultures of others if we know who we are and are comfortable with ourselves. Nor Asiah serves as Muslim Coordinator of the Silsilah Forum in Davao Philippines under the umbrella of the Silsilah Dialogue Movement based in Zamboanga City in the Philippines. Silsilah is a dialogue movement promoting deeper understanding and better relationship among Christians, Muslims and other faith traditions.

Nor Asiah is an adventurous peace and environmental advocate who loves to travel and be exposed to other cultures and traditions, which has made her creative, open-minded, and multi-culturally and inter-culturally conscious.

Nor has undertaken leading roles in education formation on the culture of dialogue, organizing IRD activities, implementing and facilitating seminar-workshops and peace youth camps. She also gives talks and presentations to various schools and communities both locally and nationally. Her involvement both in the field of social development and leadership has led to her participation in national and international gatherings and leadership programs as she was a recipient of the 2007 Ten Most Outstanding Muslim Youth in the Philippines and served as Davao City Youth Ambassador in 2005.

Her motto is “We are the individual pieces of the chain which bind the whole creation finding and connecting with one another, regardless of religion and culture.”

The Muslim religious educators are the respected teachers in the Muslim communities. They are the ones who nurture and equip Muslim learners with life skills, desirable attitudes and Islamic values. Normally the students look up to them as their second parents. They have a very essential role in the life of the students. The MRE are the credible bridge to help the students develop a dialogical relationship with others in their religion.

However, before they can become effective bridges of dialogue it is very important for them to understand and experience what it means to dialogue with others in their religion. The two-day confluence of MRE will be a good atmosphere to dialogue among MRE.