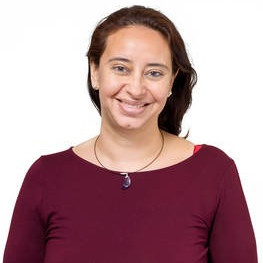 Ruth Ouazana, founder of Limoud France, is also representing the Jewish Scouts worldwide as General Secretary of the International Forum of Jewish Scouts. She worked as a lawyer for ten years in France before moving to the U.K., Mexico and Israel. She is very passionate about the connection between Jews and their Jewish identity, as well as their relationship with other communities and faiths. Ruth now lives in Lyon, with her partner and his 4 children, and they have created “Roots of Tomorrow” (Les Racines de demain), an organization that aims to break down barriers, ignorance and prejudices.

In 2017, Ruth co-created an organization that is devoted to laying the foundation for better understanding and coexistence among different religions and communities in France. Through the creation of a sustained dialogue between young professionals, targeting Christian, Muslim, Secular and Jewish communities, the objective is to enable them to meet, understand each other’s culture and religion and to get to know the other’s identities through trainings, conversation, readings, cultural programs in France and experiential journeys in Israel. The goal is to create bridges between the different communities in order to build a better future together.

Today, she works as a trainer in cross-cultural communication and management.

Her motto is: “You don’t measure life to its length, but to its width”, to what she adds “and to its depth”.

Educators, teachers and leaders know how to change the paradigm in their classes/ groups in order to promote a more peaceful and inclusive society