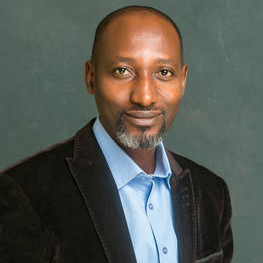 Pastor and assisting the chief of administration, House On The Rock, Kaduna, Nigeria

Samaila Yahaya holds a BSC in geography, a postgraduate diploma in management and is currently a pastor and assisting the chief of administration at House On The Rock, in Kaduna, Nigeria. He also volunteers with YWAP Initiative as a leader since 2000.

Samaila has seen various conflicts and crises due to religious and ethnic differences, which has led to loss of life and destruction of property. Samaila feels that Kaduna State, northern Nigeria and country has been held back because of the manipulation of religion to perpetrate injustices, and Samaila is passionately energized about participating in interreligious dialogues to help promote peaceful coexistence through changing mindsets.

He has worked with House On The Rock, Kaduna since 2012 in organizing and participating in Christian-Muslim social and community development programs such as providing free medical services for more than 500 women, men and children, community construction and maintenance as well as other initiatives.

As a youth leader in the YWAP Initiative, Samaila has been involved in university campus concerts across Nigeria, in Accra, Ghana and Benin, called Stand-City from 2003 to 2006, and he has been a facilitator in the quarterly Youth Leadership and Development Training of the YWAP Initiative since 2007, which provides training in leadership, vocations, the corporate world and nation building in the context of religious tolerance.

Samaila is passionate about the rule of law and due process, peaceful coexistence among diverse religious and ethnic groups and a promoting a prosperous society.

Chikun is a local government Area in Kaduna State, Nigeria. Its headquarters are in the town of Kujama. It had an area of 4,645 km² and had a population of 368,250 as of the 2006 census. The area was originally populated by the Gbagyi people but is now being subsumed by urbanization making it a cosmopolitan part of Kaduna. In Kaduna, some of the major ethno-religious violent experiences are linked to that of ethnicity and religion as the most direct/immediate causal factors. Moreover, violent religious riots have created an atmosphere of insecurity, uncertainty, suspicion, and lack of trust between the practitioners of the two major faiths in Kaduna. With the election fast approaching, religion and ethnicity can be used by politicians to stir up clashes perpetrated by mostly the youth, which can leave women and children in a defenseless state. Meanwhile, these factors can be used by religious and traditional leaders to promote peace and unity. Therefore, it’s imperative for religious, ethnic and political leaders, women, the youth and the law enforcement agents to network in maintaining peaceful coexistence.