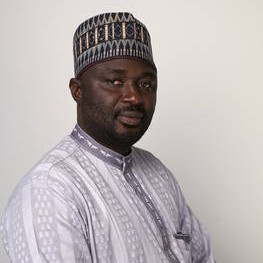 Sani worked at the management level including at Mercy Corps Nigeria,  as a senior program manager and head of office.  He has worked with the Justice Development and Peace Caritas Commission (JDPC) of the Catholic Archdiocese of Jos, the Mennonite Central Committee (MCC), Mercy Corps Nigeria and Search for Common Ground, leading dialogues and mediation on farmer-herder and other inter-communal conflict. He is currently working with the Center for Humanitarian Dialogue.

He is involved with mentoring young people in Nigeria and has assisted several groups, communities and government to set up peace and conflict resolution structures. He is currently the National President of the National Council of Muslim Youth Organizations; and is a recipient of many awards, such as from the New Era Educational and Charitable Support Foundation for his efforts in promoting interfaith cooperation and religious harmony; the Islamic Counselling Initiative (ICIN), the Network for Peace and Protection for the Rights of Children and Women and the Alexander Foundation.

The Interreligious Collaboration on Youth Drug abuse and violence project will strategically create an objective platform for local leaders, from religious communities. Including youth and women representatives and key stakeholders from security, local government and health authorities to (1) Dialogue at intra and inter religious levels on the phenomenon of youth drug abuse and related violence in an inclusive manner. 2) Raise the consciousness and awareness of key stakeholders, religious and community leaders on the rising danger of drug and substance abuse and violence among youth. 3) Support facilitated intra and inter religious dialogue of the religious and community leaders and stakeholders on their role to fashion out applicable strategy for sustainable collective action. In general, the project seek to achieve; inter religious collaboration, Participation, inclusion and diversity.
CONTEXT:
Jos the Capital City of Plateau State has been rocked by outbreaks of communal and religious violence dating back to 1994. In September 2001 there was a major violent conflict in Jos city. There was repeated violent conflict in 2002, 2004, 2008 and 2010 respectively in different parts of the state.
Jos North Local Government Area is the Capital of Plateau State. It came into being in September 1991 when the former Jos Local government was split to create Jos North and Jos South Local Governments. Jos North Local Government Area has a small Land Mass that covers an area of 285 sq. km, has the densest population in the state of approximately over a million people by 2006 projection. It has Bassa Local Government Area on its West; North-East is Jos East Local Government Area, South is Jos South Local Government Area. The economy here is basically commercial because of the cosmopolitan nature of the Local Government, with a temperate climate; it is often very cold between 81.7 degree F maximum and 51.7 degree F as minimum. Mean annual rainfall of between 131.75cm and 146.00cm are recorded.

The widespread poverty, lack of education and employment among many youths in the LGA also play into the hands of politicians and leaders who wish to manipulate perceived injustices for their own benefit. The mental trauma and physical damage left a lot of communities in Jos seriously scarred by the experience. Many previously mixed neighborhoods; towns and villages are now exclusively Christian or Muslim.
Generally, individual youth and their groups are a critical component of the population; they are economically disadvantaged, socially subordinate and politically powerless. They are largely marginalized in the center of key decision making, largely unemployed, energetic, restless and often used as the agents of violence. Their involvement in the violent conflicts resulted in the increase of youth using and abusing drugs and substances.
The increasing rate of Youth unemployment combined with drugs and substance abuse is a recipe for violent conflict in the state. Drug and substance abuse often serves as an enhancer to violent behavior, gangsterism, street fighting with knives, sticks and sometimes local guns among youth from both Muslims and Christians communities.
Recent reports from Nigerian National Drug Law Enforcement Agency (NDLEA) shows that youth involvement in drugs abuse and violence is quite alarming as quite a large number of young people from 15 to 35 years of both sexes use drugs either as stimulant or depressant purposes where even corrosive substances like super glue, aerosol, gasoline, correcting fluid or even organic solvents such as urine, toilets, dirty smelling gutters could be inhaled to achieve a particular result. Suffice it to add that the recent upsurge in criminal activities like rape, cultism, armed robbery, militancy, insurgency, banditry and communal clashes now pervasive in the society are direct corollary effects of drugs and substance abuse.