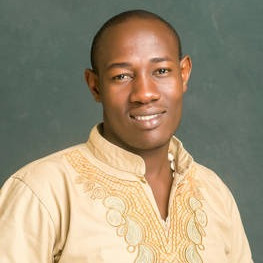 Assistant Lecturer at the University of Dar es Salaam, College of Humanities, Department of Philosophy and Religious Studies

His zeal for interreligious dialogue started in 2015 while attending a course on dialogue coordinated by Rev. Dr. Jose Nandhikkara CMI, a KAICIID Fellow, at Dharmaram Vidya Kshetram, Bangalore, India. He also engages in dialogue with believers of African traditional religions at the grassroots level in Mwanza region, Tanzania. He has attended workshops, lectures, and conferences on interreligious dialogue and the study of religion. His interreligious work is guided by African spirituality, which is a spirituality of life; it is a celebration of life.

His motto: “Religions for celebration of Life.” That is, religions ought to protect life from harm, celebrate it as a gift, and strengthen it in the community. He is convinced that any interreligious dialogue activity should put much emphasis on binding people together and attaining harmonious coexistence as means toward realisation of life celebration in a community.

The initiative will focus on training university students on the concept of inter-religious dialogue to counter any misconceptions on what it is and how they can replicate it in their society and school settings. The initiative will be in a two-day phase where the first day will mainly be training while the second day the participant will participate in discussion with religious leaders on IRD. It will have a particular attention to religious group leaders in the universities and some sessions will be handled by notable religious leaders. The participating students will be drawn from all the religious groups present in the partnering institutions and communities.