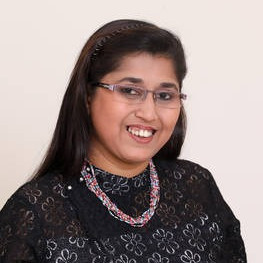 As a representative of a minority community in Myanmar, Swe Mar Oo was exposed early on to people from diverse religious and ethnic backgrounds. Today, she is the Founder and Director of Generation Tree, a Yangon-based NGO which promotes diversity and inclusion. She has also served as a civic educator and as a committee member of the Society of Enlightening Quranic Knowledge (SEQK). Since late 2012, conflict between Buddhists and Muslims in Myanmar has escalated due to propaganda and rumours. Both communities have specific fears, and this realisation helped her understand that interreligious dialogue is important for social cohesion. She has been engaged in interreligious activities with youth since 2012. She also facilitates interreligious dialogues hosted by the Judson Research Center (MIT) and occasionally the American Embassy cultural centre in Yangon. Swe Mar Oo believes that successful communities are built on good communication and participation, respect for diversity, improved interfaith dialogue skills and trust building with other communities.  Her motto is: “Strength lies in differences, not in similarities.”

Myanmar, the second largest country in Association of Southeast Asian Nations (ASEAN), has a population of 53.4 million where over 26.6 million are women. Yangon, the former capital of Myanmar, has the largest population and highest amount of migrants. A country in a transition period and comprise of diverse communities not only in term of religious backgrounds but also in term of ethnicity. The violence in the country is instigated by traders of hate who are also not in favor of a peaceful transition to democracy and having various interests working together with power holders who wants to control country forever. Women are often victims of the violence meanwhile some time even the victim of instigation. Because of violence, there is a cycle of hatred, mistrust, fear, and sense of insecurity going around among different groups that need to be mitigated as soon as possible. This project is to bring together women of ages between 18 to 40, who have talent as a soft power to play a role in mitigating interreligious violence, to build their capacity and to build a platform to work together. The project comprises of two days of interreligious dialogue training and one-day exposure tour to a different place of worship, ensuring participation of women from venerable communities. The participants are expected to create ripple effects through sharing the experiences of learning about the importance of dialogue and knowledge about different religions to friends and families. They can also be the future resource for KAICIID supported activities in Myanmar. The impact of the project will be measured by using pre and post tests, observation of behavior changes and through focus group discussions. The implementation period is expected to be two months and the approximate budget is 1,820 Euros.