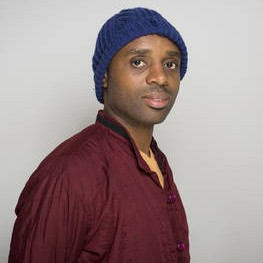 The Venerable Sangharakkhita Olivier Biraro was born in Rwanda in 1981. At age 17, he started practicing Buddhism and later became the first and the only Buddhist Monk in the Theravada Tradition from Rwanda. He is an inspirational speaker on subjects of inner peace, forgiveness, reconciliation and trauma healing.

His path as a healer and a spiritual teacher was shaped by the tragic 1994 Genocide that befell his country, in which eight hundred thousand people were killed in less than three months.

So far, he has authored seven books on the aforementioned subjects. He addresses private and public schools, universities and religious communities. He teaches Yoga, Tai Chi and Mindfulness Meditation as ways to mend broken communities.

Aside from publishing spiritual materials, he translates classic books that aim at awakening the human consciousness. He has translated “The Alchemist” by Paulo Coelho, “The Prophet” by Khalil Gibran and “Your Word is your Wand” by Florence Scovel Shinn into his mother tongue.

His interests include eastern martial arts. He holds a black belt in Karate and Tae Kwon Do, and has attended several international competitions as a member of his country’s national teams.

His Credo is: If you were to die today, would your last breath express peace or panic?  Would you wish to live a bit longer or would you be ready to go to rest?

Would love bless your final breaths or would fear waste your ultimate moments? What if you were to realise the brevity of life today? Would you think the same thoughts, speak the same words, do the same deeds or would you be different today?

Understand: life is short and frail, and death is a sure deal. It may be today. Only the hour is uncertain. Do not bet on tomorrow, which never comes, anyway. Do not take life for granted. It is too short.

Sangha has conducted a series of workshops in both Sri Lanka and Uganda entitled “IRD and Mindfulness” The project will also yield “SHADOW WORK” a short documentary exploring the premise that the heart of IRD is the inner healing of trauma and psychological “shadows”. It follows the story of Sangha and his teachings of “shadow work” to vulnerable populations in Uganda and Sri Lanka.