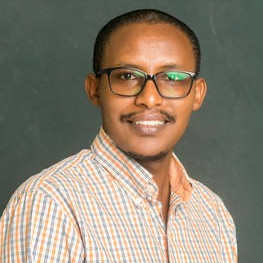 Youth Coordinator of the Lutheran Communion in Central and Eastern Africa

Tsegahun Assefa is the Youth Coordinator of the Lutheran Communion in Central and Eastern Africa. He is also the director of the Children and Youth Ministry Department of the Ethiopian Evangelical Church Mekane Yesus, the largest church among the Lutheran World Federation with more than 9 million members. He is much interested in issues that involve children and youth and media, interfaith and peacebuilding. Aside from his ministerial engagements in the church, he is also engaged as visiting lecturer in different theological colleges in Ethiopia. He plays a major role in printing of teaching materials for children and youth with his church. He is active in interreligious dialogue and has taken part in international and local seminars. He presented several articles for youth ministers that came from different religious backgrounds that have been recognised by the Inter Religious Council of Ethiopia and the church. He is also interested in issues on climate change.

His motto is taken from the Bible, Psalms 23:1 ”The Lord is my shepherd; I shall not want.”

Since 1991 Ethiopia has been led by ethnic-based federalism. Though the system created awareness on the identity of nations and nationalities in the country, it is going to a direction to which that people start to attack those who are not in their ethnic identity. As a result, people are dying and some are leaving a place that they lived for many decades. There are social media actors that releases lectures about a history that happened hundred or more years ago and encourage mainly the youth to be hostile to people from other parts of the country. There will be election in the country on June 5, 2021 but whatever is the result there might be post election conflict in the country. This project aims on showing the beauty of diversity and strongly focuses on stopping hate speech through targeting the inter religious youth leaders. The project also aims on empowering youth in playing positive role towards nation building and avoiding hate speech.