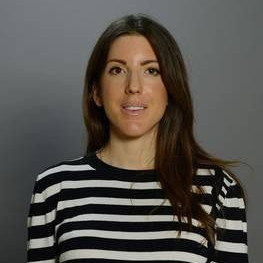 Vassiliki Missira is a national expert of the EU Commission, Athens (Team Europe Programme, Greece) on issues related to Human Rights and Democracy. She has worked for the Directorate-General for Communication, European Parliament Information Office, Athens. Previously, Vassiliki taught a course on “European Legal Order and Human Rights” at the University of Aegean. She has also worked for the Greek Ombudsman. Her research interests are Human Rights and related issues of International and European Law. She has successfully drawn on academic research on these fields and participated in different scientific activities within the framework of the European Centre for Research and Training in Human Rights and Humanitarian Law and the Institute of Research and Training on European Affairs. Vassiliki is a doctoral student at Panteion University, Athens, working on her doctoral thesis on “The European Dimension of Education for Democratic Citizenship”. The multidimensional crisis in Greece and the increase in political extremism have influenced relations between the native population and the large number of ethnic, national, cultural and religious minorities in the country. Focusing particularly on the role of education in the development of students’ intercultural and interreligious citizenship and identity, in her study she analyses the European official strategies and programmes designed for Citizenship education. She holds an MA in International and European Studies from the Panteion University and a BA in European Law and Policy from the same University. She has published scientific articles on the issue of human rights and the book: “The protection of Human Rights in Europe”. Vassiliki’s motto in life is “You never succeed at pretending to be someone else”. Therefore, she strongly believes that no one should have to wonder whether he/ she will be accepted for his/ her beliefs, including culture, religion etc.

Since 2015 Europe has been receiving extraordinary numbers of refugees/ migrants from Syria, Iraq and other countries who seek for better living conditions. Mainly Greece is facing a disproportionate burden. Greece should ensure the social, cultural, political and economic integration of the new arrivals. Consequently, a key priority is the support to the Greek society in tackling this new situation. What can the IRD do in this direction? How can it develop a firm and long-standing cooperation among the Greeks and the refugees/ migrants?