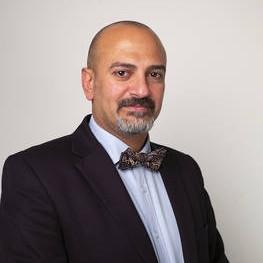 Produced a book on Christian-Muslim relations in the Middle Ages. The book contains texts written by Christian and Muslim scholars as early as the 8th century. These texts treaties to a fact that is much needed in contemporary Christian-Muslim dialogue. Christian and Muslims scholars showed deep understanding to each other’s religion. There were no stereotyping, generalization, misunderstanding, etc. My book will include an equal number of original texts written by Christian and Muslim scholars in the formative period of Islamic and Arabic thought. Once might ask about the use of such book, especially given the fact that these text are written in the Middle Ages. There are many benefits to this project. First, it sheds light on some neglected and unstudied texts. Second, these texts shows a great level of mutual understating reached by Christians and Muslims in the Arab World in the Middle Ages. The book will include works by Timothy I (8th century), Abu Qurrah (9th century), Ali ibn Rabban al-Tabri (9th century) and others.