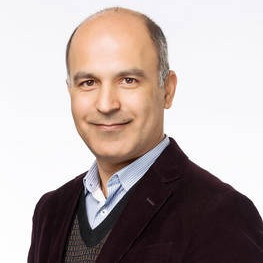 Mr. Massoud has a master’s degree in public administration from New York’s Syracuse University, Maxwell School of Public Administration and Citizenship. He has his BA in law and political sciences from Kabul University. Mr. Massoud has a certificate of advanced study in security studies and a certificate of advanced studies in the leadership of international organizations and NGOs. Mr. Massoud is a Fulbright Scholar.

Your Voice for A Noble Cause: Knife crime and Youth Violence in marginalised communities in London.

Our initiative examines the role of the religious community, Christian, Muslim and Ahmadiyya in addressing the issue of youth violence and knife crimes within minority communities in London. It brings individuals of African, Asian and European descents; religious leaders (lay and ordained) from the three major religious traditions, civil service personnel, academics and researchers, politicians, perpetrators and victim of knife crimes in a roundtable on the issue as it affects the individuals and community. The event was scheduled into three segments: Section One – ‘Eliciting Experience’ focus on hearing from earlier researchers, victims and perpetrators and of knife crime on the issue. Section Two – ‘Problem Diagnosis’ sought to focus on what are the causes of knife crime and violence among the youths in London? and Section Three – elicit perspectives on what might be done going forward to address the problem. There were positive and very encouraging outcomes, some of which has been outlined in another section of this form.
The programme brought together, academics and leaders of religious groups within minority communities (mainly Christians and Muslims) as well as the youth, who are either victims or perpetrators of knife crime and youth violence, including their families in a safe space for an open and honest conversation with each other around the issue. The aim of the program was to see what the community can do themselves at the grassroots level to help the new general not fall victims to knife crime complex.