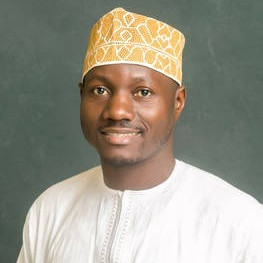 Dr. Walusimbi Abdul Hafiz has a PhD in Islamic law with qualifications in education, project management, Islamic banking and finance and law. His work experience started as a secondary school teacher and progressed as a university lecturer since 2004. He is currently the Dean of the faculty of Islamic Studies and Arabic Language and Head of department Shariah at the Islamic University in Uganda. He is also the Director of Al-Haq Shariah Consultancy and Advisory Bureau which deals in research, consultancy and advocacy in Islamic banking, Muslim personal law, and comparative human rights and international humanitarian law.

Dr. Walusimbi is passionate in reading, research and public speaking. He has taken part in many local and international conferences, symposia, and workshops as a trainer, researcher, presenter and participant in areas of interreligious dialogue, Islamic banking and finance, comparative human rights and international human rights law, and Muslim personal law.

As an academician, Dr. Walusimbi has authored and published articles in areas of legal reference to DNA in paternity disputes, International Humanitarian Law, Human Rights, and female genital mutilation.

He was instrumental in the establishment of the Shariah course at Islamic University Kampala Campus and is one of the key players in advocacy against gender-based violence and interfaith tolerance through public presentations and preaching.

His Motto is “Success belongs to those who do their homework”.

This initiative shall target a total of 50 students chosen from the students’ religious association from Makerere University and Islamic University in Uganda among Muslims, protestants and Catholics. The initiative shall be implemented in three stages:
Stage I: Writing articles on:
a. The Biblical and Qur’anic positions on tolerance and hate speech
b. Practical experiences on hate speech among religious leaders in Uganda.
c. Religious Students’ Strategies to address intolerance and hate speech.
d. The role of academic institutions in ensuring moderation and peaceful co-existence.
Stage II: Presentation and guided discussion. A session shall be organized where all participants shall converge to listen and discuss the above topics.
Stage III: Production of a Video Clip. A 30- minutes video footage shall be developed in which 6 selected students shall conduct a straight talk against intolerance and hate speech. It shall be broadcasted on social media platforms and sent to KAICIID headquarters.

Uganda has four main regions. The Central, Eastern, Northern and Southern regions. Each region has either a university or a campus in the central region which also houses the capital city, Kampala.

The central region currently experiences public interreligious crusades that sometimes provoke the emotions that may culminate into clashes. University students are usually directly or indirectly influenced and affected by such activities either as participants or followers of those involved in them. Despite the teaching of religious studies in both private and public universities, there is no any deliberate initiative to form organized groups which can advocate for tolerance and peaceful coexistence. This initiative aims at taking a proactive step to curb the likely negative consequences of religious diversity in universities of the central region by building students’ network to advocate for tolerance and peaceful coexistence.