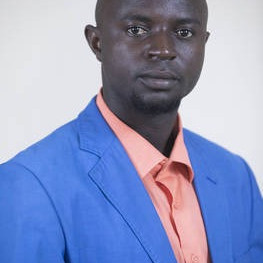 Yehonzapane Abdel Nour has a BAC bachelor’s degree, a licensate in economics and is currently enrolled in a licensate in sociology. He worked as a communication and mobilization officer and administrator for OJLD, as well as, a social animator in IRI, as an agent in charge of customers at the NGO, VIA NOVA, as a mediation consultant and national vice-president of the Central African Islamic Youth (JICA).

He is an educator and participed in a training during the restitution on interreligious dialogue given by one of the 2018 KAICIID Fellows and during the conference presented by Professor Patrice Broder at the University of Bangui in 2019. He has taken part in more than five sensitizations on the identity of the Muslims in CAR. He carried out awareness-raising activities such as a march for peace and social cohesion with UNICEF, rumor management with MUNISCA; an educational talk on inclusive security and protection of people and their property in the PK5 district of Bangui with CIT; and a walking activity followed by awareness raising on a project called Scout Solar Kilometer from France.

Further to the expectations of achieving its objectives, to promote interfaith dialogue, inclusion, and the consolidation of peace in the world; KAICIID through its program “KAICIID INTERNATIONAL FELLOWS PROGRAM” strengthens the capacity of members of different faith communities from issue multiple countries of the world
The city of Bangui was the first target area of ​​the initiative and the latter is transferred to the city of Paoua for professional reasons and in compliance with the implementation schedule by KAICIID; a town located in the Northwest of the RCA touched by the latest crisis. However, the behavior of the population to relatively changed as a result of what is happening between Muslims locally called ARABOU OR PEULTH and non-Muslims. Young people have significantly lost their habit and are currently risky people by their way of doing things; this project aims to facilitate communication and sincere dialogue between these young people then in their community and to understand their role in the community dialogue.
This project also allows to arouse the commitment of the young communities of Paoua on interreligious dialogue, facilitate exchanges, effective integration and respect for cultures in order to break tensions, mistrusts to result in the consolidation of lasting peace in RCA

Children and YouthPeace and Reconciliation