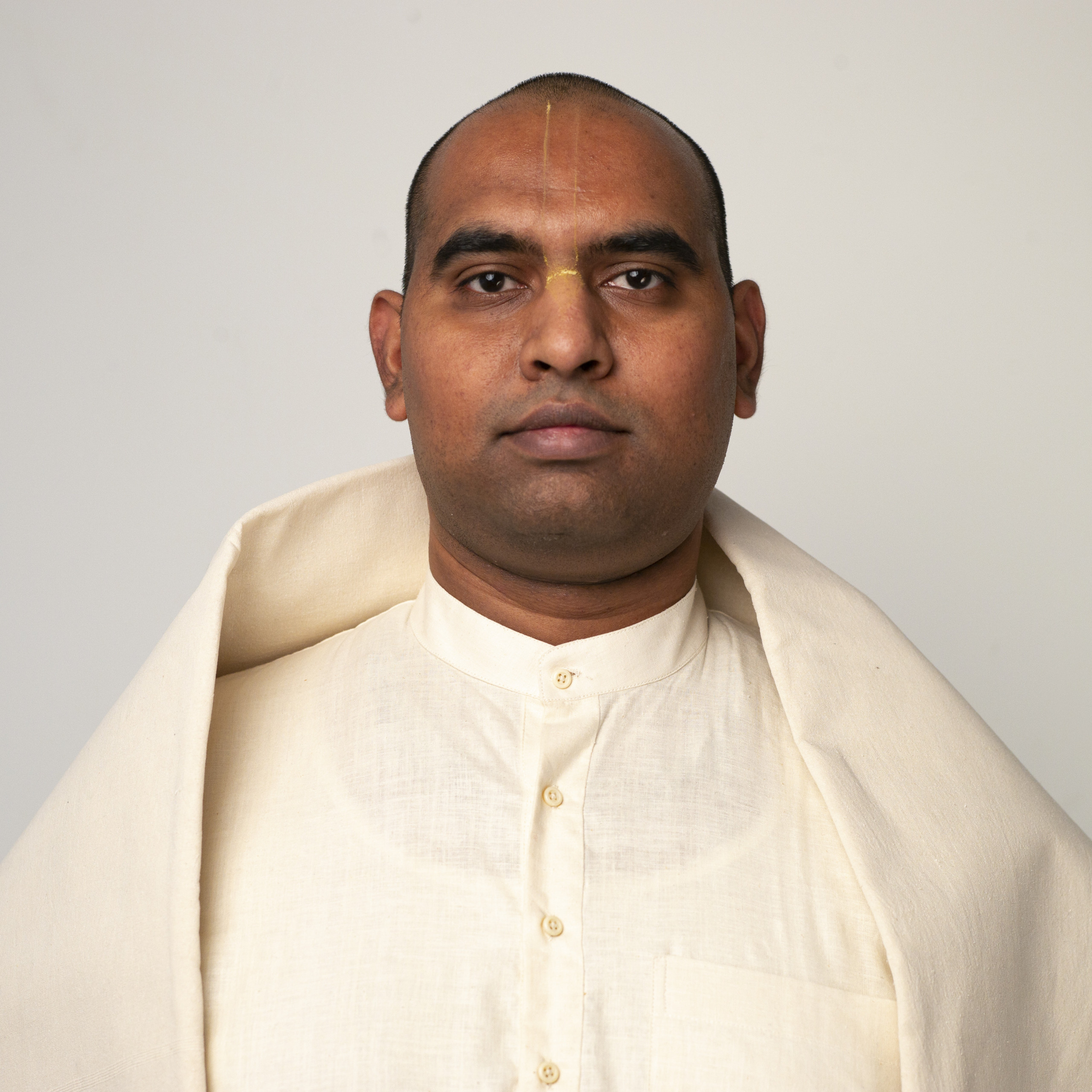 Yudhistir Govinda Das is an ordained monk, spiritual teacher and Country Director of Communications for the International Society for Krishna Consciousness (ISKCON) in India.

Yudhistir holds a graduate degree in communications and journalism and a postgraduate diploma in intellectual property law. As the Director of Communications of one the largest Hindu organizations in the world, he regularly interacts with heads of state, scholars, journalists and ambassadors, and is responsible for the public interface and outreach of 225 temples, educational and cultural centers of ISKCON in India. Within ISKCON, he teaches the members and leaders of the organization on various subject matter including communications and interreligious dialogue.

Under his guidance, several festivals, round-table discussions and deliberations have been organized, which were attended by the Vice President of India, ministers of the Indian and Malaysian governments, and other global thought leaders.

Being a strong advocate and believer in the process of interreligious dialogue, Yudhistir has participated in several IRD sessions in India and internationally by organizations like the Religious Freedom Institute, Satyarthi Foundation and the Indian Council for Philosophical Research among others. He is also a part of the international team that organizes the annual Vaishnava-Christian and Vaishnava-Muslim dialogues. Yudhistir attributes his inspiration to a phrase often used by ISKCON’s Founder, A.C. Bhaktivedanta Swami Prabhupada, who said “We want to see everyone happy.”

Faiths in Dialogue : A religious perspective on UN SDG

The United Nations Sustainable Development Goals lists out 17 focus areas for member states to achieve development in by 2030. While providing important framework, the SDG’s seems incomplete by primarily being dominated by government leaders, policy makers, academia, and others with a little to no religious perspective on these issues.

The PEW research survey says that 80% of the world population identify themselves with some religious identification.

The project aims to equip policy makers, government leaders & officers along with Embassies and UN bodies with tools and knowledge to help them frame the policies and programs that contribute in holistic implementation of SDG.