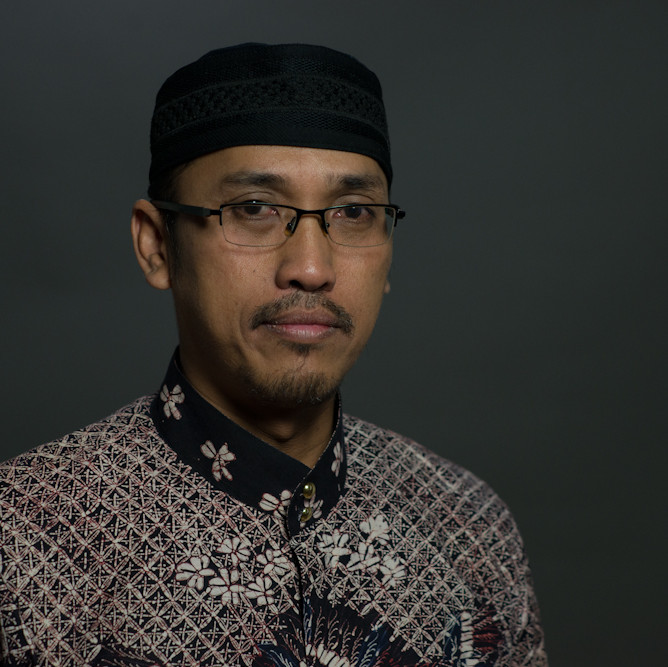 Yusuf Daud earned his first scholarship for a Master of Science from the University of Indonesia in the International Affairs Middle East and Islamic Department in 2005 and his second for a Master of Philosophy and Islamic Mysticism from ICAS London in 2006. He has published four books on religion, including Unveiling the Taste of Hidden Things, on the meeting point of Islam and Christianity and Membenahi Sikap Beragama kita (A bridge across spiritually and religion).
Yusuf has taught at various Universities and Catholic Seminaries in Jakarta, Surabaya, Bandung, Banten and is a visiting Lecturer on Islamic Mysticism, interreligious dialogue, spiritual and emotional marketing and business ethics. In 2008, he became the first Muslim Scholar from Southeast Asia to win the Nostra Aetate Pontifical Council of Interfaith Dialogue Scholarship from the Vatican to study world religious traditions at three prestigious universities in Rome. Yusuf is a leading expert on Islamic Mysticism, Islamic Thought, Interfaith Dialogue, and Comparative Mysticism. Professionally affiliated with Ibn Arabi Society, ICRP (Indonesian Conference on Religion and Peace), and an Activist of Interfaith dialogue nationally and internationally, his popular workshops combine his expertise in interreligious understanding with his Sufi training. He lives in Surabaya, the second largest city in Indonesia, with his beloved wife and three children. Yusuf has a deep commitment to interfaith dialogue and believes that in today’s diverse world, it is essential to understand and work with religions beyond one’s own.

Differences were not something unfamiliar for the people of Province of Central and East Java especially in Solo city, Semarang, Ambarawa, Sragen, Klaten, and Surabaya. However, the dynamics of differences had undergone many changes and development during the past two decades since, lets say, Majelis Mujahidin Indonesia (Council of Indonesian Jihad Fighters), the Front Pembela Islam (Front of Islam Defenders), the Jema’ah Islamiyah (Islamic Congregation) and the (already disbanded) Laskar Jihad (Warriors of Jihad). Each of these Radical Muslim organizations share the aim for the implementation of shariah law in Central Java and conflict with moderate Muslim, Kebatinan Java and other groups. It gave direct effects on the people in the surrounding area. People still strongly remembered on how people of Central Java experieced suspicion, anxiety, and insecurity towards other ethnicities and religions during the conflict. The situation still existed up to this day. One of the main influence was the presence of past conflict symbols around Cetral Java which was blown up by media. Moreover, up to this point, distractions, and disturbances from certain parties with the goal of provoking the continuation of suspicion , anxiety , and insecurity through various issues and symbols of religions, politics, culture, and security were still remaining. This IRD and ICD become important because religious leaders and educators could not be expected to be able to face various challenges on changes and differences when they had not been fully recovered from the trauma from the conflict.

The Training Workshop format was a combination of lecturing, interactive sessions, group discussions, presentations and teamwork on short projects. In the first part of the session was the theoretical framework of the world religions was explained to the Participants. In this part, participants were informed about the various religious traditions related to IRD and ICD. They were also  informed with the relevant literature on the issues related to the meeting point of six world faiths, Many paths but One goal, Conflict and Mediation, peace and dialogue. In selection of the relevant references focus was on the references in which IRD/ICD is discussed in Christian, Buddhis, Hindus and Islamic Perspective. After completion of theoretical framework of the workshop through lectures the interactive sessions of the participants were arranged questions and answers. In these sessions the participants were provided opportunities to share and express their own good and bad experiences  in the issues of IRD/ICD.  The participants were also be allowed to express conflicting experiences and were informed how to handle conflicts, differences of opinions through mediation.