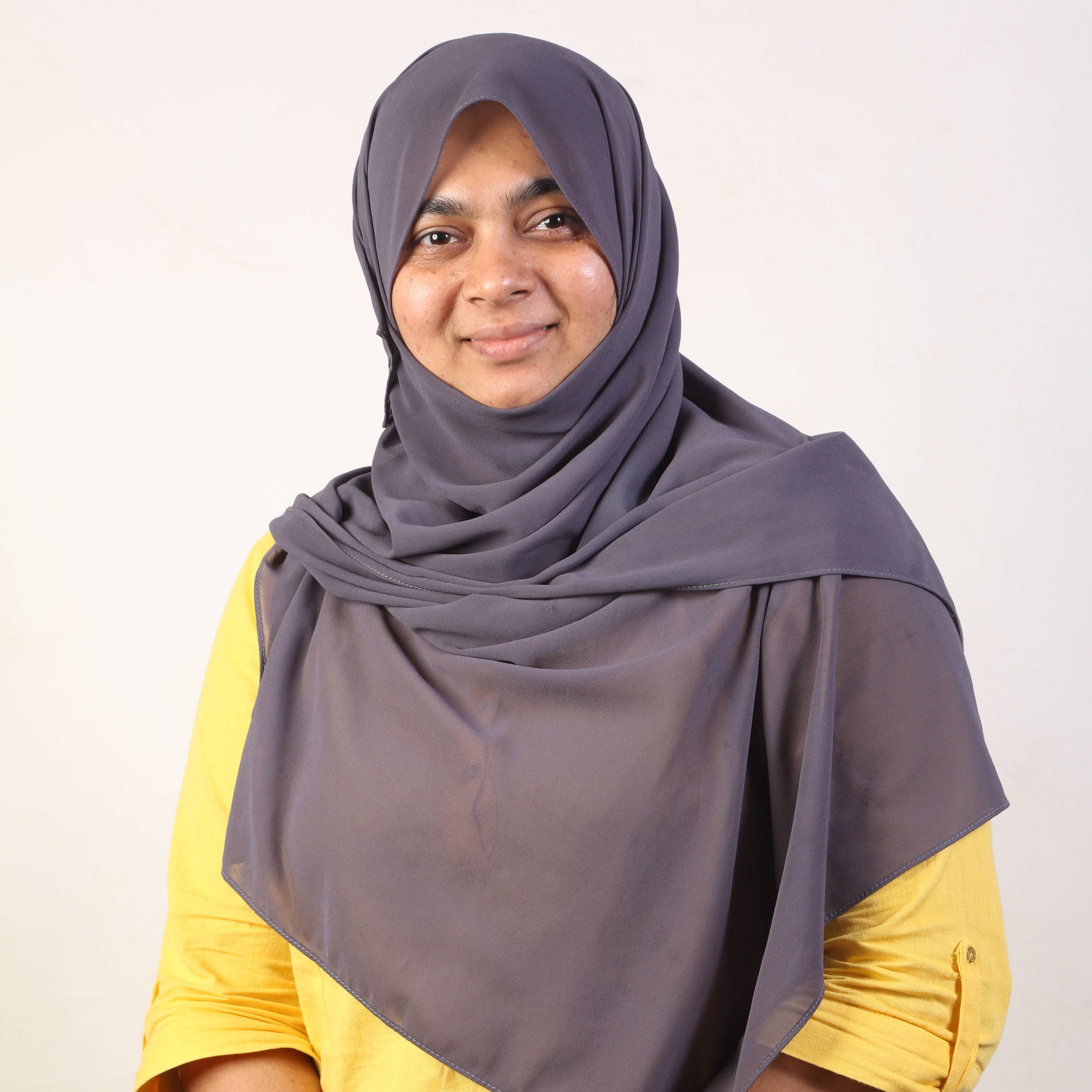 ZAF Wazniya Pasha graduated with First Class Honours as an Attorney at Law from the Sri Lanka Law College in 2001 and completed the Master of Human Rights and Democratisation programme at the University of Colombo in 2019. She is a practising Notary Public and Company Secretary, as well as volunteering as legal counsel at the Muslim Women’s Research & Action Forum (MWRAF). Here she works with women affected by the Muslim Personal Law, undertaking counselling and Quazi Court matters.

She was introduced to peacebuilding, interfaith, transitional justice and reconciliation efforts when she worked at the Secretariat for Coordinating Reconciliation Mechanisms (SCRM) which came under the purview of the Prime Minister Office. At SCRM she worked as the Director of Research & Policy Unit for 3 years. During this time, she looked into the best practices of Transitional Justice from around the world, under specific themes such as women, children, disabled persons and mental health; and published a booklet titled, Transitional Justice Process in Sri Lanka.

Presently she is a lecturer of Business Law for the Business Program at ANC Education, Colombo, and is working with MWRAF as the Project Coordinator for Peacebuilding and Women Empowerment Projects. Under the peacebuilding unit of MWRAF, she is involved in conducting research, seminars and workshops on interfaith and intra-faith dialogues, with special reference to intercultural, multi-ethnic and religious cohesion. For her, “peace begins at home”.

A Beginner’s guide to understanding the Major Faiths in the World.

Although it has been more than a decade after the ethnic war in Sri Lanka, conflict still persists in this beautiful island in the form of racial and ethnic hatred, mistrust and misunderstanding; largely fueled for political benefits. Post war era has seen many religious related incidents of violence; mostly common between Sinhalese and Muslims, while some anti-Christian attacks took place in 2013. These incidents have amplified the misunderstandings present within the ethnic communities. Measures taken by religious leaders, civil societies and politicians, to mitigate these tensions from intensifying further have not lessened the misunderstandings and mistrust among the people. In this backdrop, I proposed to bring out a literature to raise awareness on the commonalities shared by all the religions and increasing the attention on the spiritual aspects like one’s existence. Education to appreciate the similarities as well as the differences of the religions will help restore the peace and respect for each other. Young children of Sunday schools are the ideal starting point to teach them not to judge another by his race, religion, cast, the colour of their skin, or the type of clothes they wear. Instead of forcing the adult’s views and perceptions on them, they can be given new insight to formulate their own perceptions or ideas.